Why Are You Preaching Every Sunday?
I have a confession to make. For several years I actually preached 53 times per year (every Sunday and Christmas Eve). My typical pattern was speaking 48-50 Sundays a year. I was very careful about letting the pulpit go. Too careful, too controlling.

I have since repented! I moved from speaking ALL the time to speaking 40 times per year. Then a couple of years ago, I reduced my sermons to 26 or less times per year. No more hoarding the pulpit. Preaching less has actually been one of the best gifts I could have given to myself – and my church!

Of course I used to have all the usual excuses for not letting others speak:

“I’m really good at preaching.” I think I’m a gifted preacher. That reminds me of the old story of the pastor driving home from church one day. He asked his wife, who was riding in the passenger seat, “Honey, how many truly great preachers do you think there are these days?” She responded, “One less than you think, dear.”

In actuality, I discovered that when I speak less, I do a better job. As great as I thought I was at speaking, I’ve become better by not facing the task every single Sunday.

“There’s no one else in our church who can speak effectively.” Sure there is! We now have a teaching team of five capable speakers. We call it our pitching rotation. I’m the lead dog, the ace, if you will, but we have four others who can start and a couple more in the bullpen. Once I actually started looking for other teachers, it became clear that they were out there. I don’t have a monopoly on the speaking gifts in my church.

“Other people are not trained in preaching.” So, train them! We meet monthly for training in preaching. We’ve gone through Andy Stanley’s “Communicating for a Change” together, and now we’re working through Haddon Robinson’s classic, “Biblical Preaching”. We also meet in between services to tweak the message for the next service. We open ourselves up to feedback from others who are in the game. These strategies have really improved all of us in speaking.

“The church will suffer if I’m not speaking.” Really? We’ve used a couple of approaches in expanding our rotation. One approach has been to ask potential speakers to do five minutes during a Sunday sermon, or one point. I can open up, do the introduction, set the need, and then have them do their five minutes. Then I can come back up and tie things together, recover the message, if necessary. The five-minute approach gets someone else exposure.

Plus, we’ve used “T” Sundays to train our speakers. I like to rate Sundays or weekends on an A, B, C grading. “A” Sundays are the awesome days, like Easter, Christmas Sunday and Christmas Eve, maybe a time or two in the Fall or Spring – those rare, natural-high attendance days. “B” stands for better days. The good Fall, Spring or first-of-the-year days when people might be more open to attending church. “C” stands for crappy. Let’s face it, there are some down days in ministry – summer, early December – times when church-going isn’t the first thing on people’s minds. And then “D” stands for disaster. You know the “D” Sundays – Memorial and Labor Day Sundays, the Sunday after Christmas, the two Sundays sandwiching the 4th of July. (I think July 5th is the worst ever day for church because everybody in our culture is up late the night before, celebrating.)

A few years ago, we made a switch. We changed “D” to “T” for training Sundays. We now use those terrible days to get other people experienced in ministry. So, if only twelve people are coming anyway, let the rookie speak! They will take it seriously, and if it is a disaster, no problem – no one was there to see it!

“There’s someone who wants to preach, but isn’t gifted.” Okay, why not just be honest and tell them they aren’t gifted? I don’t have to personally reserve the pulpit to keep them happy. If they get mad and leave, fine. Let them go mess up another church.

“Preaching is my main job as the Lead Pastor.” Yes, it is important, but leadership development might actually be more important because someday the Lead Pastor won’t be there anymore. The Apostle Paul put it this way, “And the things you have heard me say in the presence of many witnesses entrust to reliable people who will also be qualified to teach others.” (2 Timothy 2:2 NIV)

“Guest speakers just don’t get the culture of our church.” Of course they don’t, so train speakers from within. Give someone five minutes or a “T” Sunday.

“I’m just insecure.” Well, get over it! See a counselor, deal with it, lighten up. It’s not about you or me anyway. Let’s make sure we protect our people – as much as we can – from our own issues as leaders.

So, I’d like to encourage you to join me as a now “Recovering” pulpit-hoarder. Let’s give the next generation a chance. And if you are schedule to speak on May 27, July 1, July 8 and September 2 (All “T” Sundays) there’s plenty of time to ask someone else in your church to join the rotation. 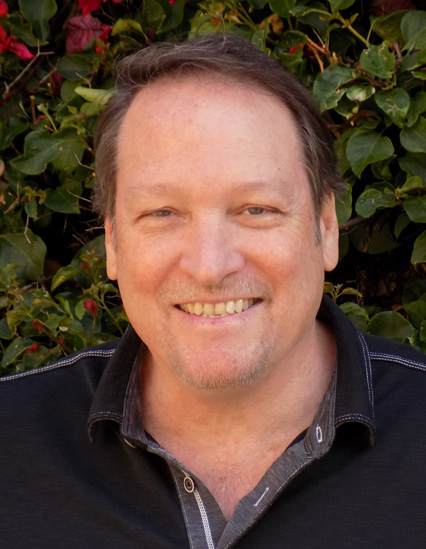 ABOUT
THE MISSION
OUR CHURCHES
OUR TEAMS
TM CAMPING